Understanding the Basics of Zoning: Part 1

This week, we’re discussing the basics of zoning – but it’s important to realize that the laws surrounding zoning are anything but basic. They affect where businesses can build and what kind of spaces certain businesses can occupy, depending on where you plan to open your business.

We’ll start by covering a few of the most basic zoning questions this week and follow up with some more in-depth information in our installment next week. 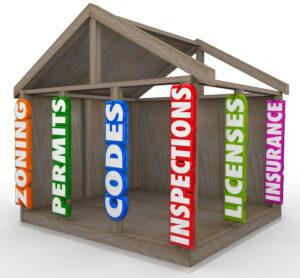 Zoning is a set of laws and regulations, generally particular to a specific jurisdiction: a county, a city, or a township, which govern what uses you can put where and how those uses will be situated on the property. Zoning codes deal with both uses and development standards.

In the most simple terms, zoning regulates in one way or another what you can do where when it comes to renting or building a space for your business.

At this point, almost all jurisdictions have zoning. The important thing to know is that zoning is completely different in every jurisdiction.

For example, your basic business zone in Baltimore County is called BL (Business Local). That’s just about the lightest common business zone that there is. Some other zones are more restrictive, but they’re a lot less common.

There’s a lot of BL scattered around the county. BL presents a myriad of options for business owners. If you want to do a stationery store, or even a grocery store, you can do it in BL.

However, if you were going to Baltimore City the names of the zones are going to be completely different, as are the permitted uses in those zones.  Baltimore City’s lightest busioness zone might be called C1 zoning, which is completely different from what Harford County or Howard County calls it. It’s critical to look at each county’s zoning code to see what’s permitted where.

What is the Purpose of Zoning

The purpose of zoning is to control the built environment and the activity within it. A relatively new example is when Baltimore City redid its entire zoning code a few years ago and created a specific adult entertainment district. The control is not so much over what the buildings look like as it is what goes on in them.

If you could find a 20-acre site that was zoned Business, Local, you could put a Walmart on it.

In Baltimore County, zoning is what’s called hierarchical. If business major (BM)  is the next step up from BL, the first line in the BM  zoning permitted uses says all the uses that are permitted in BL are permitted in BM plus the following uses.

After BM, you then go up to Business, Roadside, which is generally the heaviest retail zoning. This zoning code says all the uses that are permitted in BM are permitted in BR, plus the following uses. If you’re selling, say, used cars as a primary use, you need to have that heavy retail zoning – BR zoning in Baltimore county. You can’t do used cars as a primary use in a Business, Local zone. So, in a Business, Local zoning category (a relatively ‘light’ business zoning), you can do a Super WalMart, but you can’t do a used Lamborghini dealership.   Which would you rather live next to?

The primary point of understanding zoning is that you can’t just say, “Okay, I want to do my business and I love that old house there so I’m going to locate my business in that old house.” You have to check and see whether it’s permitted, especially because zoning not only pertains to businesses, it pertains to residential, institutional, and, in fact all uses.

Ensuring That Your Business is in the Proper Zoning Code

Wondering if you can open your business in a specific building or area? You need to be working with a qualified Commercial Real Estate Broker. The experts at (TD&A) Trout Daniel & Associates can help. Give us a call today at (410) 435-4004 or reach out to Art Putzel directly at aputzel@troutdaniel.com.